​​
When looking for a new puppy to join your family, please make sure that you are asking breeders if they health test their dogs before any mating's take place.
Also, make sure you ask for proof of their dogs health test results.
​Health testing and sharing such information should not be a problem for any reputable breeder.
AMERICAN BULLDOG BREED STANDARD 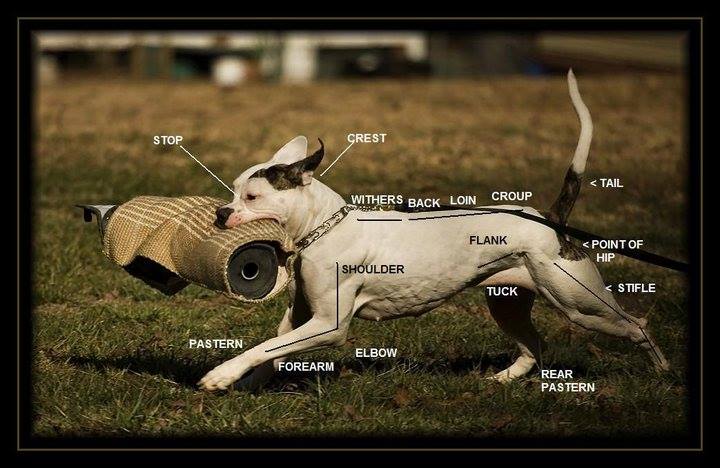 Hip dysplasia is an abnormal formation of the hip joint - The ball of the femur can not fit properly into the hip socket. If left untreated it can eventually cause crippling lameness and painful arthritis.
Some dogs are more likely to inherit Hip Dysplasia genetically, while other dogs may end up with Hip Dysplasia due to Environmental factors.

A simple x-ray performed by your vet will be able to tell you if your dog has Hip Dysplasia, how bad it is and what options are available for your dog. 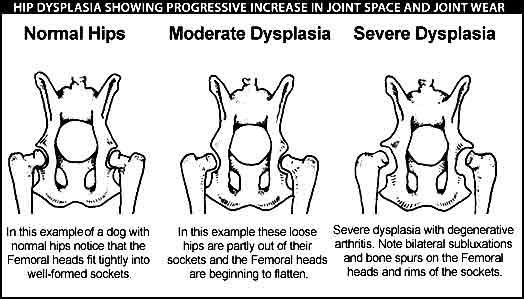 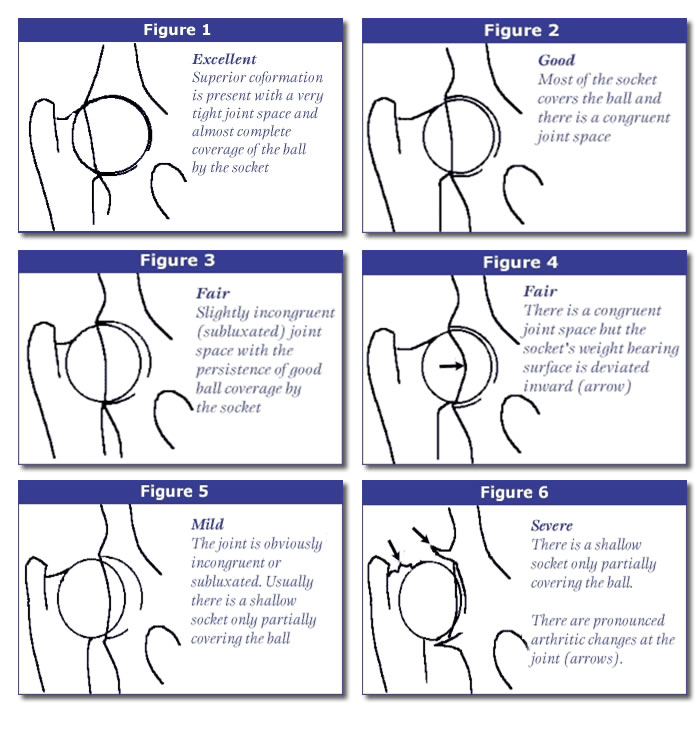 Ichthyosis is a common genetic skin disorder that runs in the breed.
It is really important, especially if you are a breeder, to genetically test your breeding dogs for ICH, before any breeding's are done.
There are a lot of dogs in Australia that are Carriers for ICH, and you really have no idea if your dog is one of them unless you test for it!
A lot of people seem to get turned off by dogs being carriers as they are not educated about it and do not understand how the disease works from a genetic point of view.
The only time you have to worry about your dog being a carrier, is if you decide to breed him/her.
You can have a carrier as a family pet, or a working dog - it really doesn't matter as the dog is not affected by the disease, so it is just like every other dog you have met!
If you are a breeder and have a dog that is a carrier, you must make sure that the dog you are pairing your carrier with is tested and clear of ICH - The outcome for such a breeding will result in some of the puppies in the litter to be clear of ICH and some to be carriers of ICH - Each puppy in the litter has a 50/50 chance of inheriting the defect gene from the carrier dog.
A carrier dog is not affected (visibly) by the disease, and nor will it ever be - The same applies to the puppies that dog produces, if bred to a clear dog. You just have to be smarter and a bit more educated about it if you are a breeder.
Know your genetics, be responsible and selective breeding is the key to working with ICH successfully.
There are a lot of very well known and established kennels/lines that breed carriers - It is a very common practice.
If done correctly, you can remove ICH from your line in just one single breeding!
If you are breeding a carrier, make sure you test your litters so you and your puppy buyers know if their pup is clear or a carrier.

There are three possible genotypes which are:

Ichthyosis clear (0/0) - This means the individual has two intact genes and can only pass intact genes onto offspring.

Ichthyosis carrier (0/+) - This means the dog has one intact gene and one defect gene. The dog will never develop Ichthyosis bit since it is a carrier of the defect gene, it can pass it on to its offspring. Every puppy in the litter has a 50/50 chance of inheriting the defect gene.

NCL is an inherited neurological disease that is found in a number of canine breeds including the American Bulldog.
This disease can be passed on genetically.
This means that if you have a dog that is a carrier of the gene or is affected by NCL, and they are bred with, the offspring from those dogs will also be carriers/affected by NCL.

The only way to ensure that your dog is NCL free is to test for it!

If you plan on breeding your dogs, testing for NCL should be a must!

There is currently NO CURE for this disease!
Dogs that are affected by NCL are usually euthanized by the time they are 5 years old.

Below is a video of an affected NCL dog and a graph of how NCL is passed on from dogs to their offspring. 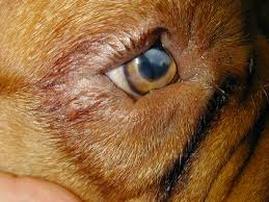 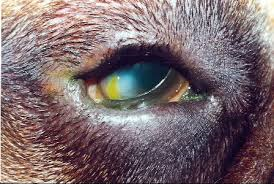 ​Entropion is usually cased by genetic factors, however, it can also be caused by environmental factors also.
It is more common for a dog to inherit ﻿﻿entropion ﻿﻿genetically. You can usually tell by the time your pup is about 6 months old (sometime older) as to weather or not he/she has entropion.
​
If your puppy is diagnosed with entropion, please DO NOT BREED him/her.
Entropion is genetic and can be passed on to the offspring. 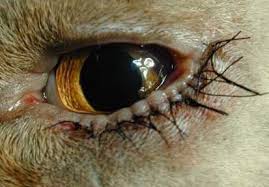 ​Entropion can be corrected via surgery, but it can be a costly procedure, depending on the extent of the condition. This is why it is best to see a vet as soon as you notice any signs.

Entropion is ﻿﻿common ﻿﻿in all breeds of dogs, not just the American Bulldog.﻿﻿﻿ 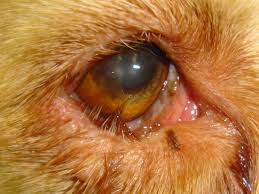 ​The most common signs of entropion are:
* Tear stains
* Inflamed eye
* The eye will appear to look like a 'diamond' shape.
* Mucus and/or puss discharge from the corner of the eye.
Powered by