​We have 2 more breeding units (semen) from Baxter, however, we do not have any plans for him at this stage.

Baxter is a self-assured, powerful and friendly Standard-Type male.
He is not aloof with strangers but friendly and outgoing. With other dogs it depends on his mood, but all in all he is neutral with them.
Baxter is interested in new things and always exploring. He is just as happy in the city as he is in the countryside, although he has grown up in a little village.
At home Baxter is relaxed and easy to have around, only when you don't work him 1-2 days he can be more active.
His will to please for heelwork, for a toy or food is very cool. He wants to work, and till now, his offspring are the same.

I am working him in VPG (Versatility examination for working dogs) and he does not show any issues with grips and stress, but he is very drivey all through his work.
In protection he is the same self-assured, strong nerved dog. In high drive it is no problem to handle him.
He shows a nice amount of will to please. That makes training him to a real pleasure.
He also enjoys other canine sports as obedience, weight pull, jogging and swimming.

At conformation shows Baxter was extremely successful and reached the ABNA Champion title at only 15 months of age.

At 26 months he passed the BST and BST2.

At 3 years he passed the IPO II and as he also gained the NKC-Champion title - that year he turned into a Dual Champion.

At 4 years old he passed the IPO III. In addition to that he gained the ABNA Working Conformation Degree as well as the ABNA Grand Champion Title.

At the European Nationals 2013 he became European Standard Champion

At 5 years old he passed the IPO III a second time.

We also took part in an Obedience competition and he passed the beginners and first class with V1. Shortly later Baxter passed the FPR 3.
In that same year Baxter was the main actor in a Mercedes Benz commercial and even there he kept his cool and happy attitude!

Below are some photos and videos of Baxter. 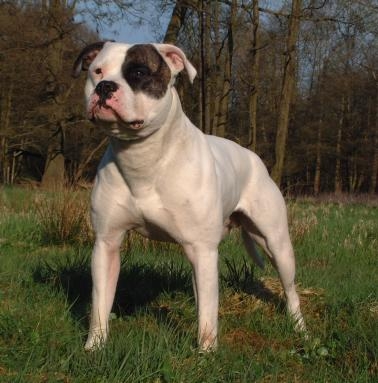